The Complete Works of William Shakespeare (abridged) - The REP Theatre 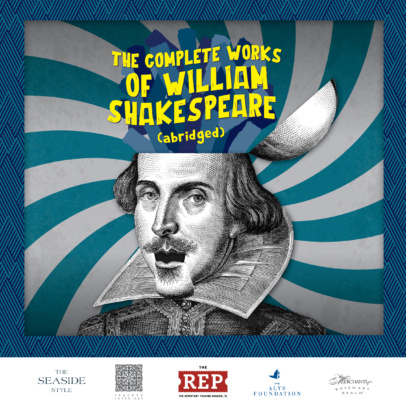 After a very successful run in May, the guys are back for another crazy adventure! A fast-paced and absolutely hilarious ride through 37 of Shakespeare’s plays in only 97 minutes! Three madcap men in tights using a trunk full of props, wigs, and outrageous costumes are on a mission: to bring you the entirety of the works of William Shakespeare in one fell swoop. Join them as they weave their wicked way through the works of the greatest English playwright in one wild ride that will leave you breathless and helpless with laughter.

“The funniest show you are likely to see in your entire lifetime.”
– Montreal Gazette