Done To Death, By Jove! 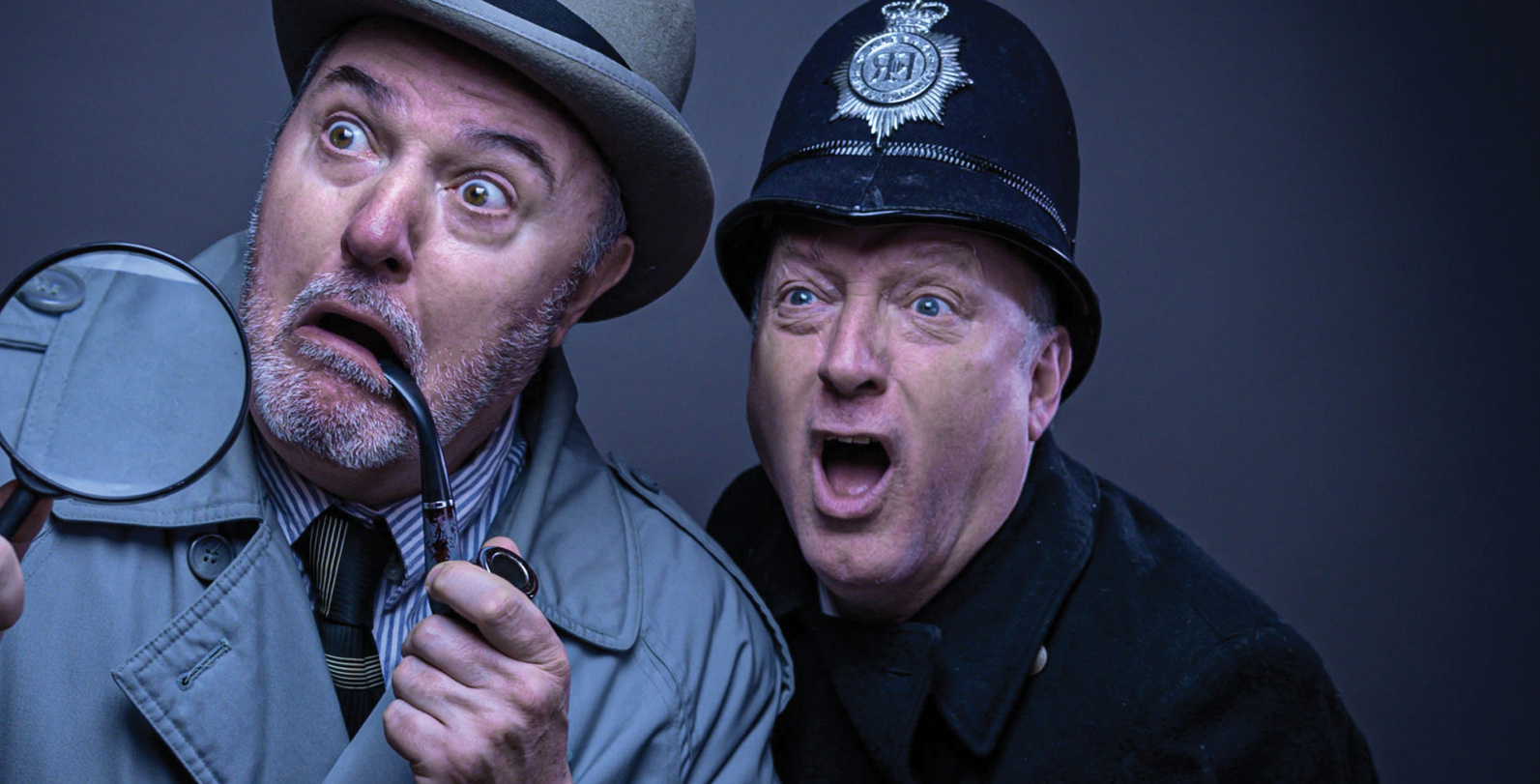 DONE TO DEATH, BY JOVE!

“The 39 Steps” meets Agatha Christie via Holmes and Watson!

A cast of six bring a comic flurry of suspects and sleuths together to discover whodunnit – and how! Except, well, four of the cast are stuck by the side of the road in the van, and only those two shining knights of the Theatre – Sir Gavin and Sir Nicholas – have managed to get to the venue on time. Of course, ‘the show must go on!” Besides, what could possibly go wrong!? Comic clichés from the Great British Detective genre – secrets, motives and cunning detective-work abound in this genre-busting farcical comedy. It’s not a new idea – it’s been Done to Death, By Jove – but not like this! Promise.

Distinguished actors and playwrights, Gavin Robertson and Nicholas Collett made their REP debut as part of the Escape to Create artist residency in early 2016. Their powerful performance of The Six-Sided Man garnered rave reviews and proved to be world-class theatre at its finest. After such a compelling introduction, Gavin and Nic made their return to Seaside in the fall of 2016 and 2017 continuing to wow audiences with more captivating storytelling and sensational performances. The iconic duo will once again take to The REP stage this winter with their masterful performances of Bond: An Unauthorized Parody, The Ghost Of A Smile, and the two-man show Done To Death, By Jove!